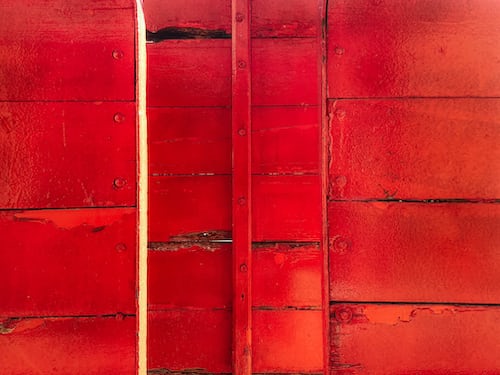 I received several questions and comments from members of a WhatsApp group after forwarding a couple of broadcast messages -speaking against feminism- to the group. After responding to those questions with what I've gathered down here, I thought: there's no point being stingy with knowledge. Right? Exactly, so enjoy!

In all honesty, if this supposedly “unfair” mantra- men and women can’t be equal- had come to me from just any Tom, Dick and Harry, I’d have fought tooth and nail before a second thought, alongside feminists that men and women should be made equal in all activities. But a word has come from my Lord and your Lord (whom I know you believe in) that:

“Men are in charge of women by [right of] what Allah has given one over the other and what they spend [for maintenance] from their wealth. So righteous women are devoutly obedient” - Surah An-Nisaa’ verse 34

I read through the responses and In Shaa Allah, I'm going to be responding to the points you made -which I have enough knowledge to respond to- while the rest, I'd leave for you to do your own unbiased and sincere findings.

Starting from what I said earlier about some of the claims of feminists being legitimate. Yes, I am still in that position. But I'd like to ask, is it through cutting the head completely you solve the problem of headaches? Undoubtedly, No.

There are ways, and there are ways, of solving each problem; either right or wrong. As for the problem of ours (i.e women) which we've identified, the right way to get rid of it is what we shall continue clamoring for. Why? Because two wrongs can never make a right.

One issue I've noticed amongst "Muslim" feminists, is that they don’t like to hear the phrase: Qur’an and Sunnah, the Quran says, the Prophet said. I wonder why.

Aren't they Muslims? Or...has the idea of feminism reduced the magnitude and status of the words of Allah and His Prophet to us in any way?

Anyway, the response to your question on how to solve these problems, is to return to what we’ve been ordered to follow from the onset i.e. the Qur’an and Sunnah. Otherwise, we are all just going to continue moving in circles and I assure you, we wouldn’t get anywhere but closer to the wrath and displeasure of Allah.

Nutshell: Practicing and preaching to people to practice the pristine Islam -both male and female- is the way we out of these problems.

FUN FACT: Islam as taken care of a lot of what feminists are all about. Either by eradicating those issues completely or by setting specific injunctions with their penalties if ignored.

If only we'd look at it.

If truly you’re so bothered about your rights as a woman, have you taken your time to learn those rights in the light of the Sharee’ah? Have you gone to Islamic sittings, Madrasah to learn the ACTUAL rights we have as Muslim women? (Not the ones the West portrays. Let's not all get confused now.)

Have you opened Islamic books written by grand scholars of our time to show us how lofty and high the stations we are placed in the Sharee’ah so you can boldly defend those rights without going against the limits of Islam?

No, but you listen to the non-Muslims, to tell you what to do and where you to stay while you admit we’re not the same.

You need to learn your rights and privileges as women from the Islamic viewpoint if you really want any form of injustice against you stopped. Then, you know what is worth fighting for and what isn’t. Until then, you shouldn’t blindly follow the crowd before even knowing what’s up.

I saw a tweet-post recently by a MUSLIM sister (I guess a feminist) saying things along the lines of: a lot of Muslim books have been written on Muslim Females and not males…bla bla.

That statement shows confusion on the part of the writer as far as I am concerned. If at all anything, the fact that more books have come to tell you how to protect, preserve, and honour your status as a female should be a thing for you to rejoice at.

They’re creating more proofs for you to defend yourself with, to know who you are and how you should be treated within the society but you're getting angry at that. Lol. How ironic.

These are people of the Deen trying to help us -scholars, not just laymen- knowing we are much more susceptible to trials in these present times. Trials of all sorts. These people write plethoric books on how to learn about ourselves and issues affecting us, yet you say this, trying to paint them and the religion as misogynistic or whatnot.

Does the hadith which warns that there are more women than men are in Jahannam reflect injustice on us? If yes, from whom then? Allah?

...it's a question. Please answer.

Or the statement of Allah in the Qur'an that a man should be given twice the share of a woman's inheritance. Or the fact that a man can lead a woman in Salaah but the reverse is impossible.

Does this also interpret as impartiality to you from Allah?

Think about it. These are subtle proofs that we can't be given equal opportunities at all times because we are indeed different. We can only be provided with the appropriate privileges meant for us.

By the way, if we don't listen to these scholars, to the Quran and Sunnah, to whom shall we listen? The Christians? Don't let us lose track. Allah has guided us to the true path already.

I can’t possibly answer all the questions you’ve asked if not we’ll both get bored. I mean, if you aren't already.

That’s even against Islam as a matter of fact. In Islam, a woman’s money belongs to her alone and not her husband but it’s different for the man. So, here is Islam showing you your rights, but you do not want to look its way. There are various Ahadeeth where the Prophet told the men to be careful as regards women, honor and take care of them et cetera. Check: The speech delivered during the Farewell Pilgrimage.

If we would just look into the Deen and PREACH to people to practice what has been revealed upon us, then we will be fine. That is what I meant by the solution lies in obeying all the commands of Allah -on the parts of both genders.

Also, because some men do not follow the right preachings of Islam does not mean we jettison all that the religion teaches. Neither does it imply we start demanding things that do not belong to us in the first place. Not all Muslim men are the way they are made to seem. These realities even open our eyes to the facts that we need to be extra careful when it comes to picking our spouses so we don’t end up with people who have no idea how to value women.

Always put that in your prayers because the reality is, there are lots of negligent and irresponsible men out there, same for women. However, there are good people only if you seek and try to be with the right company.

People trying to paint the Muslim Ummah, especially men amongst them, as evil. I say to you:

If you go somewhere and the people there immediately accuse you of being a terrorist the way Muslims are and that you're probably going to be very fanatical. Would you say yes, you are a Muslim and an extreme one? Would you deny that there are evil-minded Muslims amongst us? You definitely can’t. Yet does that mean every Muslim out there including you is evil? No. There’s my point.

Yes, some Muslim men go extreme in dealing with their wives, and override them, yes. But this doesn't make all men practicing Islam well enough to the best of their abilities like the evil ones. Neither does it give us the go-ahead to start demanding equal rights as them.

We have different roles to play in this world amidst worshipping Allah so let each one of us face our roles. There are things meant for men alone that aren’t for women and vice-versa. There are certain occupations and roles you shouldn’t take as a lady and you know this. Would you want them to call you out, to come and “gbe konga” (dig a well) since there's no difference between you and a man?

The Prophet said about women leading a community; No people will ever prosper who entrust their leadership to a woman. -(Sunan an-Nasa'i 5388) i.e. a woman can’t take positions like Presidency. So, would you say the Prophet was being misogynistic in this case or not being fair? Allah raised male Prophets alone to preach the message of Islam. Do you then say Allah is so-so-and-so? Or even because He addresses Himself with masculine pronouns and never with the feminine? Do you also say this of Allah? There are so many examples in the texts to show how males and females have different and unequal rights. Do you intend opposing them? May Allah forgive us.

A person said to me: Feminism is a highway to Kufr (disbelief) and now I am slowly understanding it as I write this piece. I'm not saying all those who are Muslims and feminists would end up disbelieving. A'udhubillaah

Notwithstanding, it advances one towards apostasy without realizing; because there’s hardly a religion that supports this movement. I don't know if there is. Maybe? But even if, the true religion with Allah is Islam and Islam contradicts Feminism. Or vice versa.

Go check the pioneer feminists in previous and present times, and see the amount of them who actually still hold on firmly to all the beliefs of a particular religion or the religion they claim to follow.

You can't be a Muslim and Feminist. They are two very different ideologies and concepts with different foundations and principles.

I am also of the opinion that the term: Muslim Feminist, is an oxymoronic phrase if you know what you're doing.

You can't be rice and beans at the same time.

You can only be one, to the detriment of the other.

What a beautiful piece! Baarakallahu feeki. May Allaah bless your pen and increase you in beneficial knowledge.

My little conservatism is that the title might not portray an oxymoron, simply because, Islām has a concept of Feminism under gender studies, and the proponents of this ideology, being Muslims, are Muslim feminists. I think the belief and regional zone of every feminist activist, is only the yardstick for the appellation.