Of The Righteous Muslim Women

Of The Righteous Muslim Women 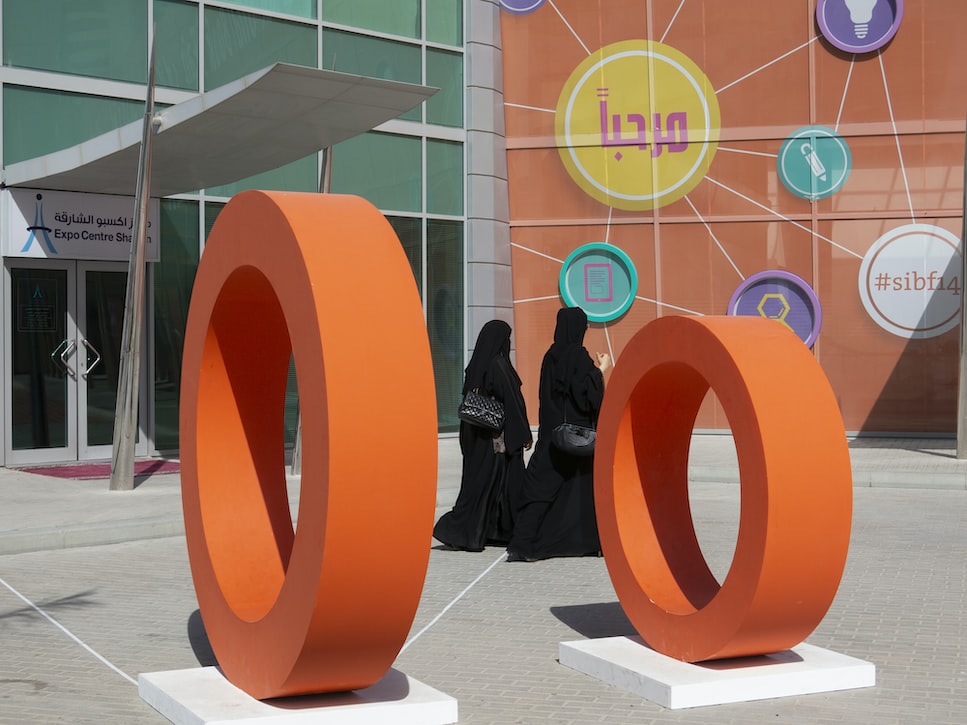 All Praise is due to Allah. We give thanks to Him. We seek His assistance and forgiveness. We seek His refuge from the evils of our souls and the consequences of our actions. Whoever Allah guides, none can mislead him. And whoever He sends astray none can guide.


Verily Allaah سبحانه وتعالى is the creator of all things and to Him alone belongs the dominion of the heavens, the earth and all that is between them. He created everything and proportioned it with due proportion.


Surely, as creation was by Him alone so also none has right to legislation, commandments, prohibitions and apportionment of rights and duties except Him سبحانه.


He is Al-Hakeem, The All Wise, whose ordainments are full of wisdom. He is Al-Muqsit, The Just, whose apportionment is based on justice. He created everything in pairs and made mankind men and women. He allocated to each of them rights and duties in accordance with the abilities and strengths He bestowed upon them. He سبحانه وتعالى did not burden any soul more than what it can bear. Blessed be Allaah The Lord of the ‘aalameen.


And it is known that if one is shouldered with the duty to protect and maintain something, he will be held responsible for its wellness and defects.


It's also known that when it is said that it is compulsory to maintain and protect something, the meaning is that, that thing is precious and valuable but fragile such that if the one appointed as its keeper and custodian is not reliable, competent and vigilant it will become damaged and destroyed.


The Sharee’ah considers how great and weighty this responsibility was for men so it came to assist him by laying down rules and regulations that will serve as a guide in protecting the precious jewel that he is entrusted with. Rules and regulations like, he mustn’t allow her to travel except he is there to protect her, he must oversee all her affairs and not allow her to go out except for a dire need etcetera.


After this, the Sharee’ah then made it compulsory upon the man to enforce these laws on his womenfolk and threatens that if he fails to carry out his responsibilities as required he will not perceive the fragrance of Jannah(paradise).


Since the Sharee’ah is for both genders; it then instructed women to obey their men and made it compulsory upon them to be submissive to them (their men) and to strive by all halal means to please them. Ibn Jarir recorded that Abu Hurayrah said that the Messenger of Allahصلى الله عليه وسلم said: “The best women is she who when you look at her, she pleases you, when you command her she obeys you, and when you are absent, she protects her honor and your property. Then, the Messenger of Allah recited the Ayah, (Men are the protectors and maintainers of women), till its end.”


Imam Ahmad recorded that Abdur-Rahman bin ‘Awf said that the Messenger of Allah said: “If the woman prayed her five daily prayers, fasted her month, protected her chastity and obeyed her husband, she would be told, ‘Enter Paradise from any of its doors you wish.”


The Sharee’ah then threatened the women that if they become disobedient, rebellious and wayward that the Huurun ‘Ein in Jannah will send Allaah’s curse on them.


Glorified and exalted is Allaah سبحانه وتعالى who legislated and ordained all things with wisdom and justice.


Allah عز وجل eased this task for women by creating them with this instinct. So, their Fitrah naturally tilts towards being obedient and submissive to their men.


This was their condition and situation until Shaytaan, the accursed, came to a part of them through the “Western Disvalues” called “Western Values”. He made a fool of them and diverted them from seeing wisdom and justice in the ordainments and legislations of Allaah عز وجل .


They refuse to obey their men; they advocate for equality of genders; they threw behind their backs the statement of their Lord:


They questioned Allaah’s authority and wisdom. They accused Him of injustice. They qualified Him with the most faulty of faults and ascribe to Him what He is glorified and exalted beyond سبحانه وتعالى.


They see themselves as Muslims but they have unknowingly left the fold of Islam and have removed the noose of Islam from their necks. They became disbelievers after their eemaan. You see them join between two things that are distinct, they identify as “Salafi feminists”, “Muslim feminists” and so on. May Allaah guide them back to Islam.


Then another group of women sprang up; they do not subscribe to the kufr ideologies of the feminists but they have them as friends, read their books and are surrounded by them. This affects them in a way that though they see not the rules and regulations of Allaah as injustice, they claim they believe the rules are for their good and it is full of wisdom but they say, “we find it difficult to comply and obey”.


It becomes baffling and confusing that one claims he acknowledges that something is for his own good, full of wisdom and justice but because of his environment, finds it difficult to love it, comply and obey willingly!


Man is known to be tenacious about whatever brings him good. What then will be your excuse before Allaah for not loving these rules and regulations?! Allaah has not burdened any soul more than its capacity.


Know! dear sister – may Allaah guide you to His obedience – that one of the conditions of Eemaan is that Allaah سبحانه وتعالى and His Messenger are more beloved to you than everyone. Scholars explained that the love of Allaah and His Messenger requires and necessitates loving, accepting and putting into practice all that comes from them. Imaam Nasā’i also recorded that Anas bin Mālikرضي الله عنه said: “The messenger of Allaah صلى الله عليه وسلم said: “There are three things, whoever attains them will find the sweetness of eemaan: When Allaah, the Mighty and Sublime, and His messenger صلى الله عليه وسلم are dearer to him than all else…”


You’re advised to distance yourself from every environment, circle, friend and book that presents good to you as evil, and paints virtuousness for you as virtueless and deficiency. Allaah سبحانه وتعالى said concerning whatever the prophet[SAW] commands: Surah An-Nisa, Verse 65:


But no, by the Lord, they can have no (real) Faith, until they make thee judge in all disputes between them, and find in their souls no resistance against thy decisions, but accept them with the fullest conviction.


We won’t forget to mention those sisters whom Allaahسبحانه وتعالى has written Eemaan in their hearts, they understand the wisdom and justice in the decrees of their Lord and the commandments of His messenger, they know truly that it is for their own good and accepted it hook, line and sinker. They carry out the obligations with love and happiness and submit willingly to their husbands not out of fear but as ‘ibaadah to their Lord. They do all these and call others to it. May Allaah keep them steadfast and cause them to meet Him in this state.


(As for) those who say: Our Lord is Allah, then continue in the right way, the angels descend upon them, saying: Fear not, nor be grieved, and receive good news of the garden which you were promised.


A provision from the Forgiving, the Merciful.


And who speaks better than he who calls to Allah while he himself does good, and says: I am surely of those who submit?

We would as well like to mention another set of sisters who admit that they don’t understand the wisdom behind the legislations as their knowledge hasn’t gotten to that level but they trust Allaah’s decisions and know He will never be unjust to His slaves. They believe and submit to His injunctions.


Those who believed in Our communications and were submissive:


Enter paradise, you and your spouses, with happiness blest!”


There shall be sent round to them golden bowls and drinking-cups and therein shall be what their souls yearn after and (wherein) the eyes shall delight, and you shall abide therein.


This is the Paradise which you have been made to inherit because of your deeds which you used to do (in the life of the world).


We ask Allaah سبحانه وتعالى to grant us knowledge with which we can use to fight ignorance and grant us religiosity that saves one from following his whims and desires.

Baarakallahu feeh! This is worth sharing.

Many thanks to the writer for this. Jazaakumullahu khayron wa baarakallaahu feekum.