Choosing A Spouse; Mistakes You Must Not Make

Choosing A Spouse; Mistakes You Must Not Make 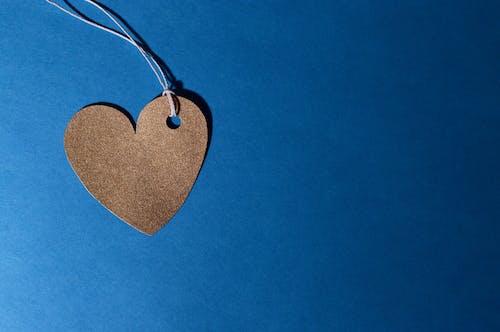 "Then, when it descends into their courtyard, mournful will be the morning of those primordially warned!"

Our heroine, Ghameelah Gold, hushed out the Qur'anic verse as effortlessly as the tears sliding down her jilbaab. Her Skape Akh is gone and will never return to wet her appetite with those late night jokes, jokes that kept away her cold. Jemeel, Our Afro-Canadian Akh wasn't just raised in Canada but also looks the region_a huge accomplishment which practically endeared him to Ghameelah. He was the fair one whose perfectly attuned fairness earned him the fine alias 'Skape Akh' plus a euphemism 'Escape Albino', the latter often called out by course mates at Hakamy University, Kwara Nigeria.

Such was the verse Ghameelah's Ustadh spew to her for the umpteenth time when last they discussed her Skape. Today, Ghameelah stares at the verse on the piece of paper she had long written it, as demanded by Ustadh, only to assume the Aayah was shortly brought down by Jibreel on this mournful morning of hers.

Ghameelah turned overleaf the paper holding her verse only to be gifted an extra ounce of guilt. Her pain plunges on as she peeks down the  list overleaf. It was her age-long sacred list holding the noble ideals she had always desired to see in any guy before giving his khitbah the slightest stretch of of thought;

Apparently, the list was an outright disqualifier for Jemeel; but how did Ghameelah manage to willfully open her four chambers at Jemeel's lightest knock on the gates of her heart?

There's always an elephant in the room we aren't quite grasping whenever choosing a spouse theme starts to pick up steam in our head. The eventuality: the slenderness of our own Islamic knowledge on this crucial subject or at times the momentary outburst of infatuation makes us pay steeply in turn, causing us costs that could have been cut in the first place. To save Muslim youngsters of such costs and hiccups, strongly do I recommend that the following out-flow of lines be read without cutting corners-- neither skipping a line nor hopping off a phrase. The list goes thus.

1. IGNORANCE OF THE TRUE SELF

The journey kicks off from knowing too well what exactly do I love to see in an individual before I could proudly call him or her my spouse. This requires having a solid knowledge of my own self at first. Knowing what naturally tickles my fancy in an opposite gender and what magnetically endears an opposite gender to me. This calls for a sincere self-scrutiny and recurring moments of reflection about one self which most of us rarely practice. When last, akhee, had you an hour uninterrupted moment of meditation? That gives it away. How short have we fallen on this sacred practice! This often leads us to fumbling attempts the moment a matchmaker or our Ustadh puts to us the crucial question of 'what exactly do you look up to?'. It's in such moments that we come to admit we're one of the most confused things on earth.

No, slicing off time to thorough self-scrutiny isn't all we need to cut through this recurring confusion. It's way beyond that! Succinctly put, the more we know The Creator the more we know our created selves.

The Scripture says: 'And be conscious of Allah, and Allah will teach you.' Q 2:282

Just as we cannot show a people love, respect or reverence until we take time to learn what actually means love or respect or reverence to them we cannot fear Allah until we're adequately educated on what He detests lest we run into His wrath without being aware. So the more we attend Tawheed classes to study Allah's attributes, premises and warnings and parade the halaqaat, the more we fear and love Him, and in turn Allah teaching us the most hidden details about our own selves. Then, after accomplishing a footing in self awareness figuring out who matches whom will be way easier.

This be noted, building up a list of qualities or noble ideals desired in one's future spouse may end up as building one's maze_ most likely to get lost in it. I'm not suggesting we do away with lists. If at all we will be building our own maze, let's do so while keeping it ever so simple! Ghameelah Gold's list is a simple example of such lists through which we can easily navigate. And to those who will never pick up a pad to sketch out the map of their zawaaj journey, I say, 'such is a dangerous precarious path which you've chosen to tread.' If you haven't trained your heart to die for certain qualities in whomsoever it finds them then be ready to lose your heart to anything, however petty and ridiculous it is.

Ibnul Qoyyim speaks of infatuation and its friends:

And so, settles it on a barren earth and then it sprouts!

Sisters, before you yank that brother your one and only allegiance 'yes', deeply reflect on the totalitarian nature  of power Allah will be awarding the brother over you the moment the 'Aqdu gets conducted. Remember The Messenger saying to a woman, if her husband were to be afflicted with an injury, one which oozes pus or blood, while she can't  find anything to clean off the pus except to lick it with her tongue she wouldn't have done justice to her husband's rights over her by so doing.

From al-Mugheerah ibn Shu’bah: “I proposed marriage to a woman, and the Messenger of Allaah (peace and blessings of Allaah be upon him) said: ‘Have you seen her?’ I said, ‘No.’ He said, ‘Look at her, because it is more fitting that love and compatibility be established between you.’” According to another report: “So he did that, and he married her and mentioned that they got along.”

How often do we bring the likes of the afore-stated hadith to the front burners while dismissing the very foundation upon which any healthy marriage should be rooted. The Messenger says:

“Women may be married for four things: their wealth, their lineage, their beauty and their religious commitment. Choose the one who is religiously-committed, may your hands be rubbed with dust (i.e., may you prosper).”

It was as well narrated that Abu Hurayrah did say: The Messenger of Allah (peace and blessings of Allaah be upon him) said: “If there comes to you one with whose religious commitment and character you are pleased, then marry (your daughter or other female relative under your care) to him, for if you do not do that, there will be tribulation in the land and much corruption.”

Hence, Allah having made men protectors of women, if there's anything a man should be capable of protecting in his woman that should be her Deen. So sister, prior to considering that let-me-speak-to-your-waliyy brother make sure he's capable to teach you your Deen and not vice versa. Or at least he should know much better than you Deen wise . You're preparing yourself for a full-fledged "fitnah harvest" the moment you begin to consider a brother to whom you're qualified to be an Ustadhah.


4. CONSTANTLY ON A SEARCH FOR A FREE LAUNCH

I guess there are some things that really just tip the balance. The same set of sisters clamouring yesterday for upright mashaAllah brothers as spouses are the same sisters who've come again today singing the mantra of 'but hope he'll allow me some tabarruj' or whichever sweet name you call it. The thing is, victory comes at a cost, and no such thing as 'free lunch', not even in Free Town. If an overly upright brother is all you yarn for, then you had best be prepared for the price that comes along with it, which has to be paid; the non-stop struggle to be your better self which in the end will be good for you. The luckiest women in this Ummah remain our mothers, the wives of the Messenger(peace be upon him).

Now look at their luck again and ask the question, 'at what cost?' Aaishah going heartbroken on the days of Hadeethul Ifki (the famous slander event) by what the Messenger spew at her, 'If you'd committed a sin, then repent to Allah. For verily, if the slave does a wrong and then repents and returns to Allah He forgives him.'

Such was a remark which assailed our mother Aaish in utter sadness. In fact, when Abubakr prodded her to go thank the Messenger after the revelation had been sent down by Allah to purify her she had refused, saying it wasn't the Messenger but rather Allah who had purified her. Also, think about the cost of not being allowed to marry any man after the demise of the Messenger despite being a teen at the time of the Prophet's demise. Again, victory comes at a cost. You have to pay something. And please stop bawling out slogans like 'marry me for who I am.' Nobody likes rubbish. We all have to purge ourselves of every bit of gibberish in us. We all have to get better to assail our marriages to loftier heights.

The grim part of the narrative is, same with seeking refuge with a brother who will compromise on anything and dance to your tune at all times, a price which has to be paid awaits you yonder either.

One of our sisters got guided to the Sunnah. She adopted the jilbaab while her cool fiance was still stuck in his Jaahiliyyah. They got married anyways. Came the trial;  whenever it was bedtime the husband wouldn't get aroused to her whatsoever. Before long, the cool guy moved on, seeking solace with nightclubs to sort his urge, shahwah, leaving behind our sister. No divorce. Nothing. So Ukhtee, which price is easier?

The good news though is: the more serious a brother gets the more Prophet-like he becomes as no other than the Messenger do we find as our foremost model of seriousness. And the Messenger used to be the honey in the house whenever he was home. So Ukhtee, get ready to enjoy that serious to-the-letter brother.

At some point in our spouse-search Safari, shahwah sets in and thereby rendering us ever so weak that we become mcuh less productive. By then, waking up midnight to say a two-unit naafilah becomes a labour. These things are real but what does Allah say? He says:

Say (O Muhammad), "My Lord pays attention to you only because of your invocation to Him. But now you have indeed denied (Him). So the torment will be yours…"

So strive hard to weed out the weakness that reins on shahwah days and earnestly invoke Him. You will surely have His attention, inshaAllah.

This is one huge reminder. May Allaah bless the writer