Will I Be A Sinner Were I To Delay Marriage For Now?

Will I Be A Sinner Were I To Delay Marriage For Now? 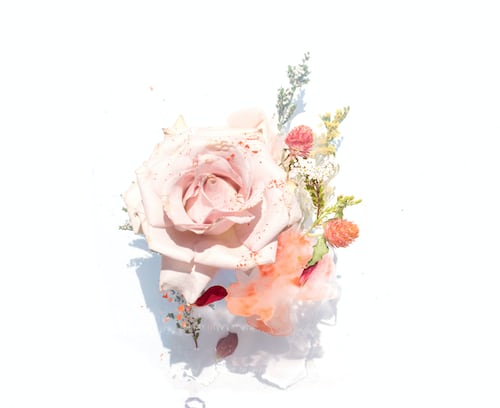 It's a new dawn of an awesome series on zawaaj or you call it marriage. If you're the type whose religious consciousness has fallen into eclipse, this series isn't for you, or you believe it's the 21st century wherein Islamic teachings aren't applicable anymore. But if you're that amazing Muslim who stll itches to run his or her life according to the Sunnah of the Messenger peace be upon him, then kindly stay in the loop as the series grows.

So let's cut straight to the chase!

In response to the question atop, Ibn Qudaamah (may Allaah have mercy on him) said in his book al-Mughni: “Our colleagues differed as to whether marriage is obligatory. The best-known opinion in our madhhab is that it is not obligatory, except when a person is afraid of committing a forbidden deed if he does not marry. In that case he should make himself chaste (i.e. get married). This is the opinion of the majority of fuqahaa’.”

When it comes to marriage, people are of three groups, one of which are those who fear they may commit forbidden acts if they refuse to get married. This group make up about 99% of the Muslim adults living in the sexually charged 21st century era. Some of the forbidden deeds are: resorting to ponography, checking out obscene images online, digesting romance novels or movies, occasionally launching lustful looks at the opposite gender amongst hosts of others.

Having established marraige as an obligation of Allah, then failure to make a decision to get married either the righteous partner comes around or to make efforts in search for that right partner if he or she fails to come around simply translates to swimming in the pool of sin at the wake of every new day. Hence, just as your parents can't stop you from carrying out other obligations of Allah like Salah, keeping the beard, wearing the Jilbaab, same goes with marraige, part of which Allah has given the Muslim lady the option of the Sharee'ah council were her Waliyy to refuse her without tenable excuses in the Sharee'ah.

So dear reading Akh or Ukht, you've got zero excuse to hold back from marriage even if the whole world are against you. Otherwise you'll be a criminal in the sight of your Lord!


Muslim women and men need to understand how highly Allah subhaanahu wata'aalaa holds marriage that they will be more keen to get married.
Below is a useful summary on marriage by Imaam Ibn Qudaamah al-Maqdisi (may Allaah have mercy on him), from his book al-Mughni:

The basis of the legitimacy of marriage is the Qur’aan, Sunnah and ijmaa’ (consensus of the scholars). In the Qur’aan, Allaah says ‘… marry women of your choice, two or three, or four…’ [al-Nisaa’ 4:3]

‘And marry those among you who are single and (also marry) the saalihoon (pious, fit and capable ones) of your (male) slaves and maid-servants (female slaves)…’ [al-Noor 24:32].

The Prophet (peace and blessings of Allaah be upon him) said: “O young men! Whoever among you can afford it, let him get married, for this will lower his gaze and protect his chastity. Whoever cannot (get married), then let him fast, for fasting will be a protection for him.” (Al Bukhary and Muslim).

There are many other ayaat and reports like these. The Muslims agree that marriage is legitimate.

Ibn Mas’ood said: “If I only had ten days left to live, and I knew that I would die at the end of them, and I was able to get married, I would do so, for fear of fitnah (temptation).”

Ibn ‘Abbaas said to Sa’eed ibn Jubayr: “Get married, for the best of this Ummah are those who have more wives.” (Saheehul Bukhary)

Ibraaheem ibn Maysarah said: “Tohwoos said to me: ‘Either you get married, or I will say to you what ‘Umar said to Abu’l-Zawaa’id: There is nothing stopping you from getting married but either impotence or immorality!’

According to al-Mirwadhi, Ahmad said: ‘Celibacy has nothing to do with Islam. Whoever calls you not to get married is calling you to something other than Islam.’

So sisters, please kindly stay aloof of anything akin to celibacy by ending the bad company of those evil Ummus or divorcees who tell you gory stories that will make it difficult for you to ever consider getting married. Even though you too can't listen to them forever and stay single forever, yet, just because their own marriages ended up as failures, does that mean there is a problem with marriage as an institution? Will you want to avoid anything called food simply because some sort of food that one Ummu feasted on turned out upsetting her stomach? Never! I advise you rather seek knowledge about the prestine Islamic marriage. Read healthy books on Islamic marriage. Speak to an Ustadh. Listen to lectures and take notes. And the best practice of all: join a Madrasah.

Then Ibn Qudaamah said:
It should now be clear that the benefits of marriage are many. No wise Muslim woman would hesitate to get married, especially if an offer of marriage comes from a person who is strongly committed to Islam and is possessed of a good character and morals.

Therefore Ukhtee, if you admit he's righteous and now he's come with that golden khitbah now shimmering on your corridor, please kindly open the door.

This is worth sharing. May Allah reward the writer abundantly.

Jazakallah Khayr Sir. May Allah assists us in this. The following of the Western trends is debilitating things, you'll majorly find youngsters at the extreme, Lack of marriage places a lot of burden on people directly and indirectly. Pent up.emotions and it's like.. Please Ustaz do the needful. Barakallah feek

JazakumuLLAHU khairan sir, so beneficial, May Allah ease all our affairs and make us steadfast upon haqq